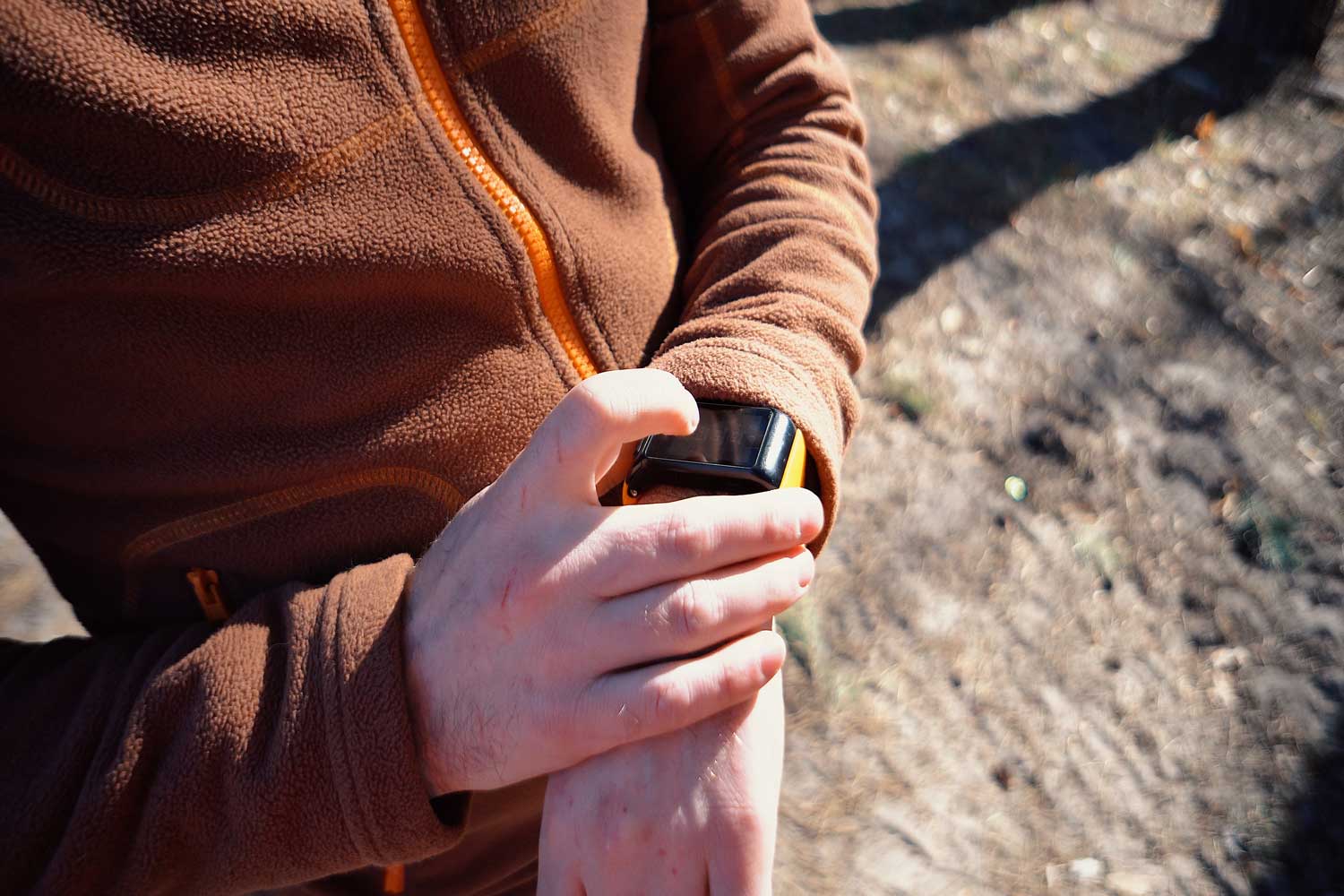 Hiking in Hartshore Woods Park in New Jersey, Prudenciano and his date got lost. As the sun was already setting the woods became difficult to see, which caused the couple to fall through some thorns. They ended up on a steep cliff and made the decision to slide down, thinking it would take them to solid ground below. However, once they reached the bottom they realized it was a straight drop into rocks along the Navesink River.

“We got to the bottom and that’s when it was life or death,” Prudenciano says during an interview with News 12, “I looked down and I noticed it was a straight drop to rocks and water.”

Past the point of being able to climb back up, they hung on for their lives, but his date dropped into the water and yelled back that she was hurt, but not seriously injured. Prudenciano later dropped into the river too, landing on a rock and suffering three back fractures. His watch then called 911 after detecting a hard fall.

Local police said the two were rescued from the river and taken to a hospital where they received treatment for injuries.

The fall detection feature is already known for saving lives, Pruedenciano being just one of many. The hardware continues to change the way emergency services can be alerted, no longer relying on the victim to physically call, or for a passerby to see the incident.

The watch also alerted Prudenciano’s mother, who was listed as his emergency contact in the Medical ID section. She received three text messages letting her know there was a hard fall detected, in addition to her son’s location. The messages updated her with his location as it was changed when he arrived at the hospital.

Traditional fall detection pendants use sensors (known as accelerometer and gyroscope) that detect changes in motion and height. They are monitored in real-time, taking into account any changes in motion. If a fall is detected, the pendant will connect back to a monitoring center, like AvantGuard, alerting an operator to call and check the status of the subscriber.

On the side of growing technology, Apple Watch models from the Series 4 and later come with an SOS feature that detects when the user has taken a hard fall. It asks if the user is okay or wants to call EMS, and if no motion is detected after a minute, it automatically calls 911 and shares the user’s location.

Once connecting to a 911 operator, the user can speak to them through the Apple Watch. But even if the user is unconscious or otherwise unable to communicate, the operator will be notified that the call has been placed through an Apple Watch and receive the user’s location to send help.

Apple Watch has many modern benefits, but it does run the risk of false alarms that will dial 911. PERS devices allow for central station monitoring operators to check with the user and from there specify what kind of emergency service they might need. Find out why AvantGuard is a leading company for monitoring PERS devices. Reach out to discover all the services that AvantGuard offers.

Previous Story
← Fail Fridays - Ep. 2
Next Story
The Extra Dealer Monitoring Services That Go Above and Beyond →