The Future Of Security Video Technology

A few big developments have surfaced in the video camera world recently. Amazon recently launched its deep learning camera, called the AWS Deeplens, and a handful of other companies are starting to introduce artificial intelligence (AI) into their camera tech. Facebook has already implemented AI to filter Facebook Live videos for offensive content and even to help people who demonstrate symptoms of suicidal ideation. While neither of these currently function as security cameras, they are only a step away.

The Coming Age Of Video Security

The next stage in the evolution of security cameras is the application of deep learning to help them identify certain types of behavior and other predetermined actions. This will be a welcomed feature from the monitoring perspective because it will reduce the number of false alarms caused by blind motion sensors. When properly implemented, it will be able to identify behaviors and following action plans based on those behaviors. Currently, the video security industry is limited by its ability to identify such behaviors, and as a consequence, makes it so the filtering process must be manually performed by an operator, an expensive task when put to scale. In the central station, the vast majority of video-related alarms come from moving tarps or the neighbor’s cat. As cool and advanced as integrated video monitoring is, there is plenty of room for improvement. But, when it works, it works like a charm.

Click the image below to watch our webinar with I-View Now. Learn how you can get your business started with Integrated Video. 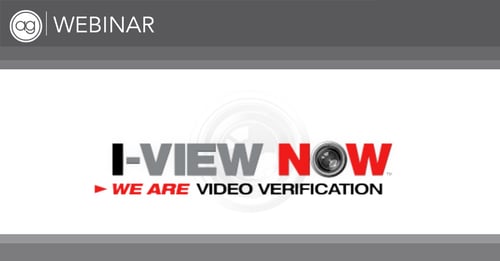 In their current form, cameras are only useful when someone looks at them. They are static objects, recording information that is only reviewed hours or days after an incident occurs. And, even when an incident does occur, users have to scour through the footage to find the incident before giving a proper diagnosis of the event. They rarely function as proactive solutions unless someone is paid to watch them all day.

Now that AI technology can be fused with the lens of a camera, it can function as a hundred perfect eyes, never missing a single event. It is common knowledge that humans, no matter how well trained, cannot multi task. Therefore, watching a wall of video feeds is ineffective, because a person can really only give full attention to a single screen.

Companies like IC Realtime provide AI software that allows users to search video for specific keywords, reducing the countless hours it can take to evaluate security footage over time. In an interview with The Verge, IC Realtime CEO, Matt Sailor said, “Let’s say there’s a robbery and you don’t really know what happened. But there was a Jeep Wrangler speeding east afterward. So we go in, we search for ‘Jeep Wrangler,’ and there it is.”

Introducing technology like this to a consumer market could help nurture strained relationships between police departments and security companies. A big issue in the security industry is figuring out how to reduce false alarms because of their immense cost and prevalence. Upwards of 95 percent of alarms that enter the central station are not real emergencies. And, now that motion sensors have been applied to video cameras, even more false alarms are delivered. Many jurisdictions are creating legislation that orders fines to be delivered to repeat offenders. Artificial Intelligence provides a unique capability that could serve as a tool for police departments to easily investigate break-ins and other incidents when they occur.

In addition to helping police after an event occurs, artificial intelligence can help video security professionals identify certain behaviors as they occur. This will reduce the number of false alarms by giving central station operators the tools they need to assess situations presented by the video feed.

One of the latest projects produced by Google, called Google Clips, is a camera that uses AI technology to identify events that it finds interesting. Originally purposed to help record meaningful family events without requiring the user to hold a camera, it also doubles as a tool help fight domestic abuse and increase personal security.

As personal privacy issues frequently arise, this leads to question the ethics of having cameras attached to everyone’s lapelle, potentially eliminating personal privacy indefinitely. Amazon Echo devices have already been used in court cases since they record sound in homes. But, just like Facebook or Apple’s privacy policy, when consumers find a product they want, they will be willing to buy without thinking about the consequences.