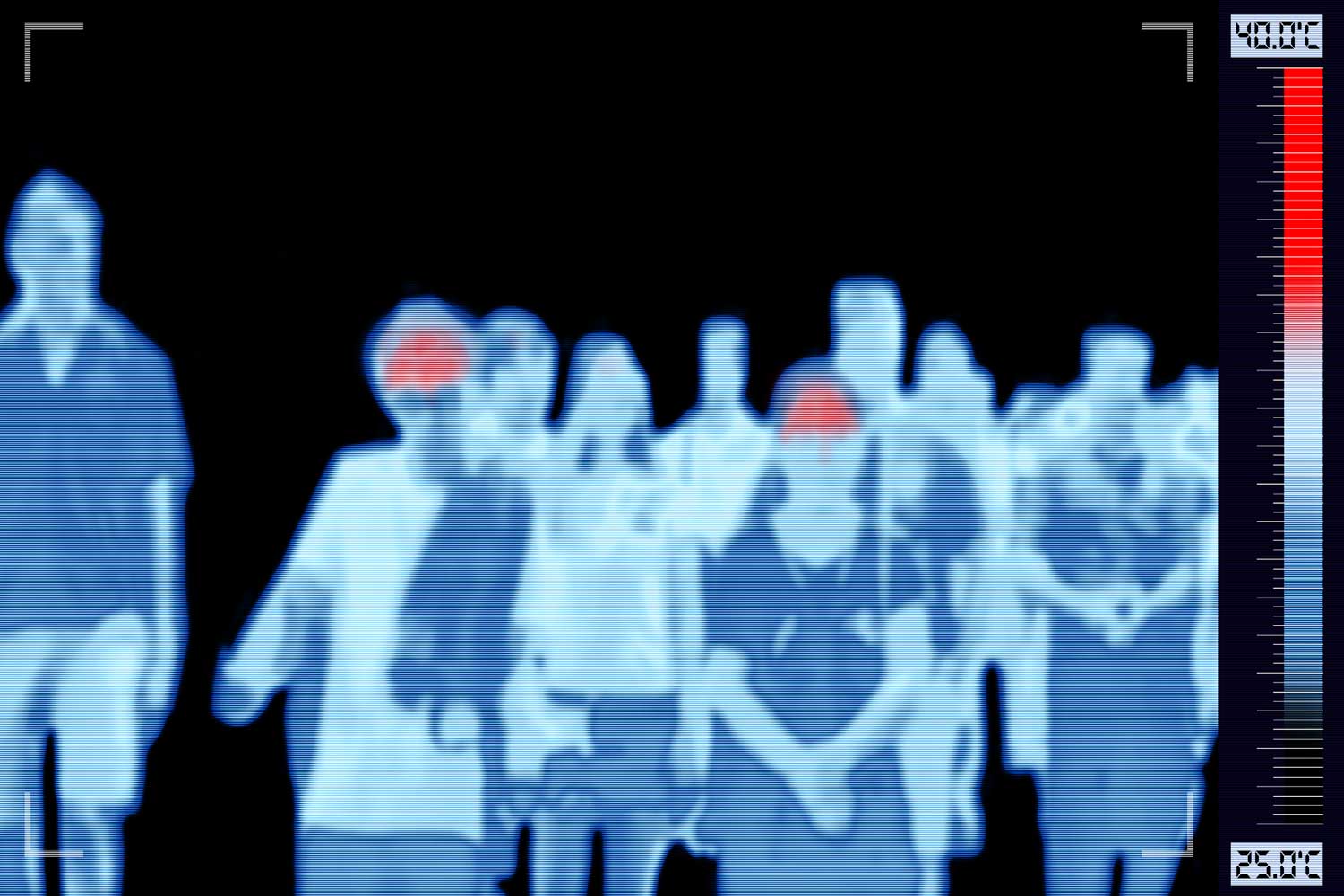 Athena Security is an AI security company, which was originally created as a startup app in 2018 for iPad, and has since grown into a large surveillance platform.

While Athena is a service only, and not a physical product, it connects to security cameras you already own. Its main purpose is to detect weapons and alert security staff of the threat. The company’s website claims it is proactive, not reactive, saying, “Athena helps prevent crimes by recognizing threatening actions and then taking the appropriate steps to alert the right parties before threats can escalate.”

Athena also takes on the giant issue of facial recognition. While this isn’t exactly a new technology, it has its own list of pros and cons. One controversial topic with facial recognition is the possibility of profiling. Athena’s solution? The technology blurs subjects faces before artificial intelligence analyzes the feed for any threats.

How It Detects COVID-19

Athena now has extended its detection capabilities beyond just weapons. According to their website, “Our Fever Detection COVID19 Screening System is now a part of our platform along with our gun detection system which connects directly to your current security camera system to deliver fast, accurate threat detection – including guns, knives, and aggressive action. Our system can also alert you to falls, accidents, and unwelcome visitors.”

The company released a press statement detailing its process of detecting coronavirus, saying, “Athena watches the thermal camera for people with elevated body temperature. Fever and dry cough are the first two signs of coronavirus infection, and fever is a quantitative way to rapidly screen large numbers that walk by the camera without friction.” This also acts as a quick way to warn the person that they could have coronavirus, and encourage them to take serious steps to self-quarantine.

Christopher Ciabarra, a co-founder of Athena, said, "We actually detect the person on the AI side, then we detect the face, and we look for the eyes. We take the temperature of the eyes because that's the closest point to the core of the person's body temperature.”

Once a person with an elevated temperature is detected, Athena will send a real-time video feed to security staff, an administrator, or whomever the user chooses. So who is the screen system targeted at? The company is working to have its coronavirus detection available at schools, workplaces, retail organizations, industrial companies and other industries that are establishing safety measures as a way to combat the spread of the virus.

Currently, this service is not available to the public, but a free add-on to those who already have the gun detection feature. However, the customer will need to have thermal cameras for it to work.

Thermal cameras are already in the works in China, and have been used to identify the virus there. Many civil liberties experts warn that while new surveillance is emerging in efforts to stop the pandemic, companies should make sure that any new developments are not infringing on basic civil liberties.

Currently, Athena’s fever detector is in-use at The Capital Factory in Texas. If it has any major effect is yet to be known.