As 2018 comes to a close, we wanted to take a look at how the security market has changed recently, and especially in this last year. A significant push on DIY security systems, IP cameras and home automation technologies has been made, ushering in a new sense of urgency for security installers who want to stay relevant. As big companies like Amazon and Google make billion dollar purchases to sell popular products, it is becoming more apparent that internet-connected devices are here to stay, whether traditional POTS line installers like it or not.

According to statistics from Security Sales and Integration, DIY and Self-Installed security systems saw a 13 percent increase In 2018 alone. Now, only about 60 percent of home security installations are professionally installed; in the traditional sense. Of course, security installers can register to become professional DIY installers through sites like Amazon and others. 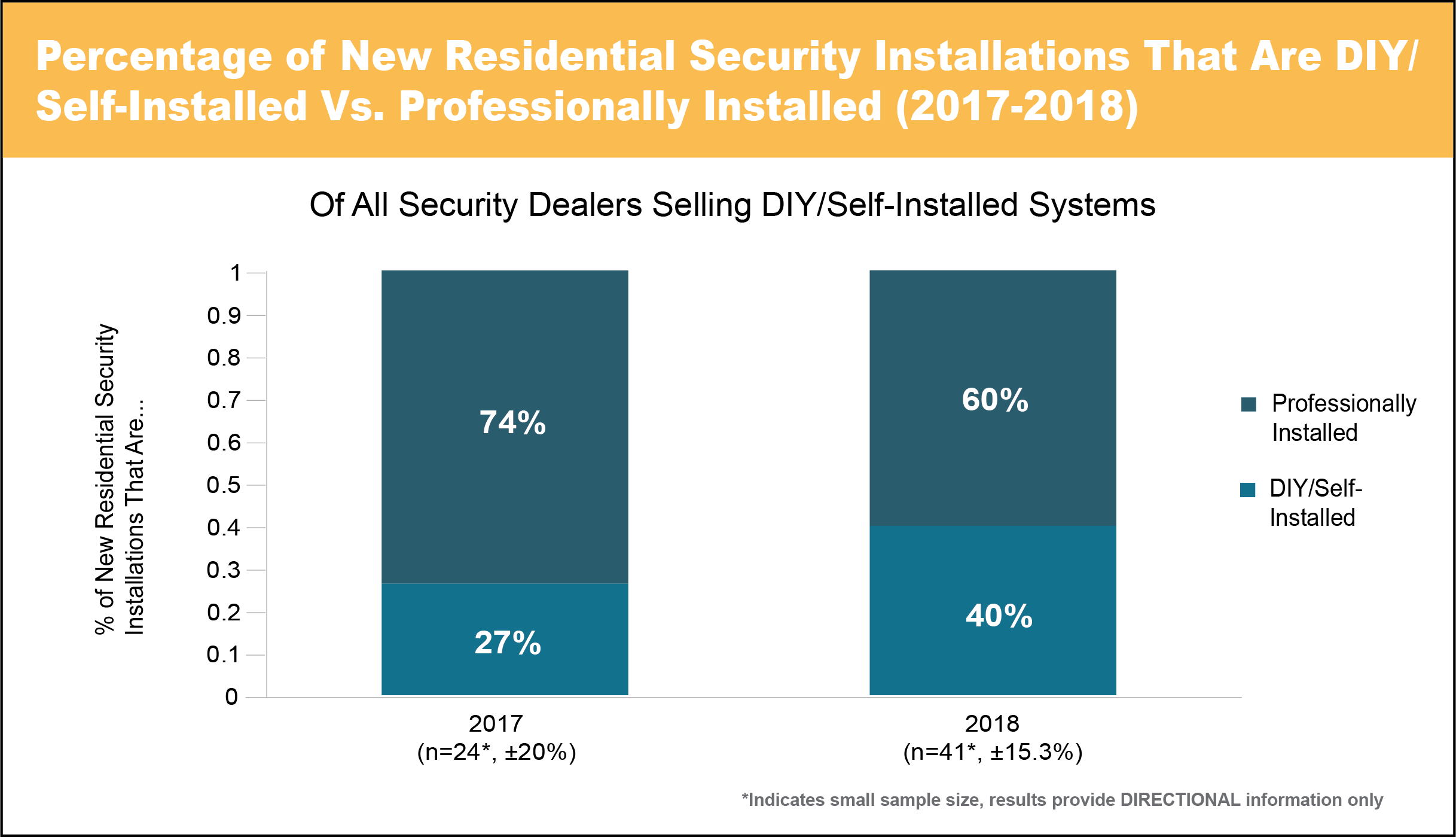 The Video Doorbell, A Promising Up-And-Comer

One of the most recent additions to the security lineup is the smart doorbell. By providing a video feed to the user’s smartphone, residents are able to know who is at the door without having to get up. In 2018 alone, smart doorbells made a whopping half billion dollars; incredible revenue for a device that was only introduced to the market about five years ago.

These market stars aren’t without their own set of issues, however. Researchers at Pen Test Partners in the UK took a peek behind the shiny camera into the inner workings of the device itself. Reportedly, the doorbell is only secured to its back plate by two standard screws. This means that it is possible for an attacker to gain access to the homeowner’s wireless network by unscrewing the Ring, pressing the setup button and accessing the configuration URL. Since researchers discovered the security flaw, Ring has fixed this problem and it did so quickly. The problem now, is it’s up to users to make sure their doorbells are up to date.

Research from Parks Associates reveals that the number of installation firms offering in-house monitoring is in steep decline. The report says that the percentage has fallen from 83% in 2013 to 60% in 2018. And installation companies aren’t losing out on opportunities to capitalize. The same report demonstrates that the average monthly monitoring costs have risen from $29 in 2014 to $42 in 2018. 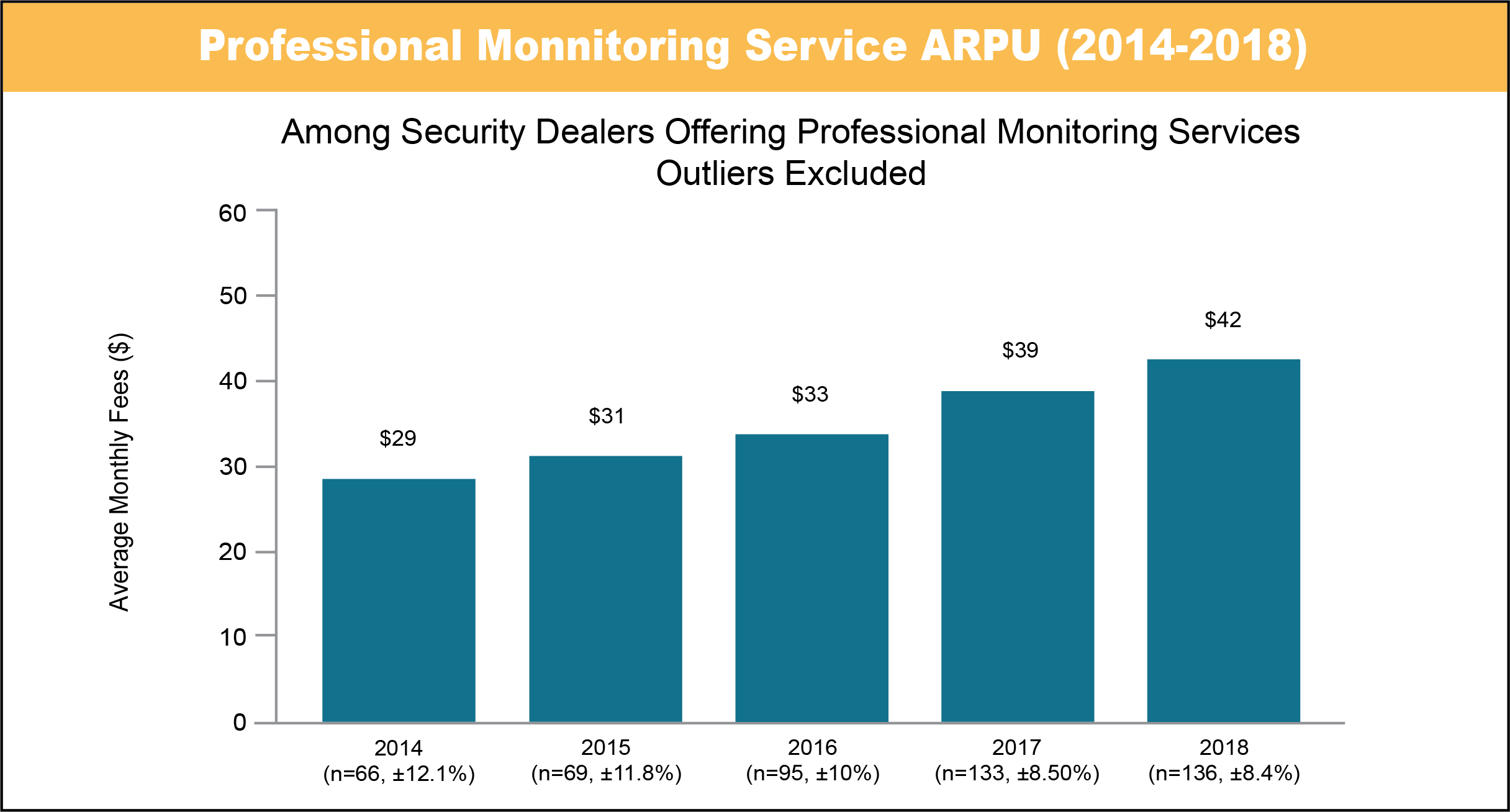 The Next Wave Of Electronic Security

More consumers than ever before want home security without having to pay a lot for a system that stays in the home it is installed into. The majority of security system buyers are now millennials, and they are perhaps the most mobile generation to date, and they want their devices to work alongside their voice automated devices. Home prices are high, so delivering a trusted security solution to renters is paramount in today’s market. It seems that smart doorbells will continue to experience staggering growth for the foreseeable future, but they, alongside IP Cameras have demonstrated new security flaws that didn’t exist with hardwired cameras. It is now up to every member of the supply chain to ensure that smart devices are protected against virtual security attacks instead of physical tampering; in essence, the battleground is moving from the ground to the cybersphere.