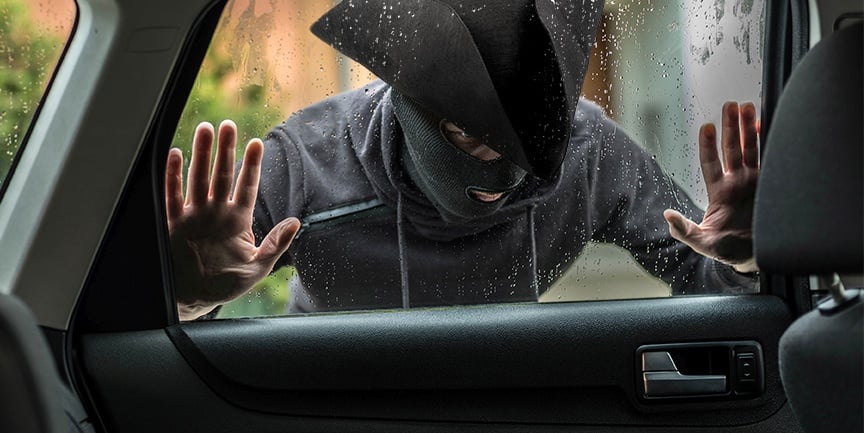 At the crack of dawn one beautiful July morning, Joan looked outside her window to see a suburban pirate plundering her car for valuables.

Thinking on her feet, she opened her front door without disarming her home’s burglar alarm, in order to sound the audible alert system and scare away the shameless thief.

Upon receiving the signal from Joan’s home, AvantGuard operator Skyler, called to assess the situation.

“Is everything OK?” asked Skyler.

“It will be as soon as the police arrive” said Joan. “My car is being robbed.”

Joan informed Skyler that she had already called the police and that they should be on their way.

To further aid law enforcement, Skyler asked for information about the perpetrator’s appearance from Joan while it was still fresh in her mind. He then informed her that he would be calling the police to verify that they were on their way to her home.

It turned out, the police had never actually been notified and were not aware of the pending situation with Joan!

Because Skyler was diligent in verifying vital information, the police were informed and sent to Joan’s Home.

“I do the same thing on every alarm when the subscriber notifies me that they have already called 911,” said Skyler. “My reasoning is that I’m trained to communicate vital information to dispatch and the subscribers are not.”

Joan, who was in the middle of an emotionally straining experience, might have neglected to relay important information to dispatch in her call, which resulted in police not being sent to her location.

“I am so glad he called the police again, because I was so flustered when that guy was breaking into my car, I couldn’t even think straight,” said Joan, remembering the experience.

“It’s just so nice to have someone think for you when you don’t know what to do.”