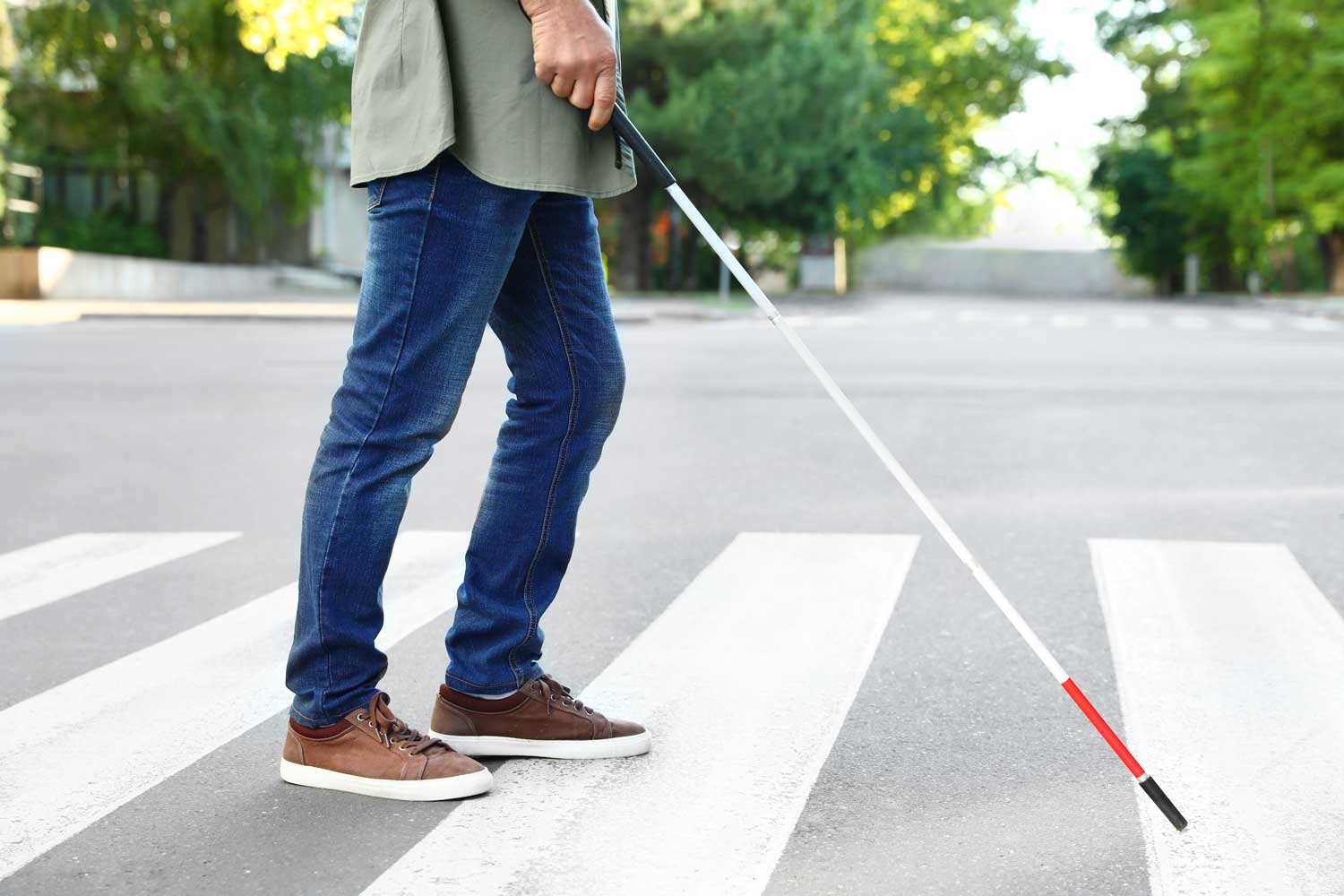 AG Heroes | Stay Where You Are

Jaron still had a long list of Christmas shopping, and while normally his son would drive him to do errands, he was out of town. But with the days winding down til the holiday, Jaron didn’t have time to wait.

Jaron walked to the local bus stop, using his white cane to guide him along the way and keep clear of obstacles. He knew that Best Buy was having a deal on the earbuds his grandson wanted, but the closest store was located in the next town over, Nightdale.

Once at the bus stop, he waited until the unmistakable sound of the bus rolled up and the creak of the door pushed opened, and then got onboard. He greeted the bus driver and informed them of where he needed to go, so they could tell him when the stop approached.

Several minutes later, the bus driver told Jaron that they’d arrived at his stop. He walked outside, and began heading down the sidewalk. But the further he walked, the less sure he felt about where he was. He wasn’t familiar with this part of town, and it didn’t help that his inability to see took away the possibility of identifying landmarks.

As Jaron rounded a corner, he realized he’d gone off the main sidewalk, and was now lost. Luckily, he had his Freeus Belle LTE PERS device, which would enable him to get the help he needed.

He pressed the button on the device and was connected with AvantGuard operator Marissa. When she asked him if he needed help, Jaron explained that he’d gotten lost.

“Would you like me to send an officer or call one of your contacts?” Marissa asked, quickly assessing the situation.

Jaron informed her that his contact was out of town, and Marissa told him she’d get in touch with the police station. “Stay where you are, so they can find you.” She instructed him.

Though unable to describe what the area around him looked like, Jaron did have valuable information to help the police locate him. “I have my reflector vest on, and my cane,” he told her. Marissa passed on the information to the police dispatch, and informed Jaron that they’d be on the search for him.

Our AvantGuard operator was able to contact the local police department, and using the description Jaron had given her, Marissa relayed enough information that the dispatch was able to safely locate Jaron.

Thanks to Marissa’s attention to detail, she helped assist a man that was stuck in an unfortunate and unique situation. This goes to show the wide range of tasks that our operators at AvantGuard are trained to handle, and the great care each of them have for the subscribers they help each and every day.