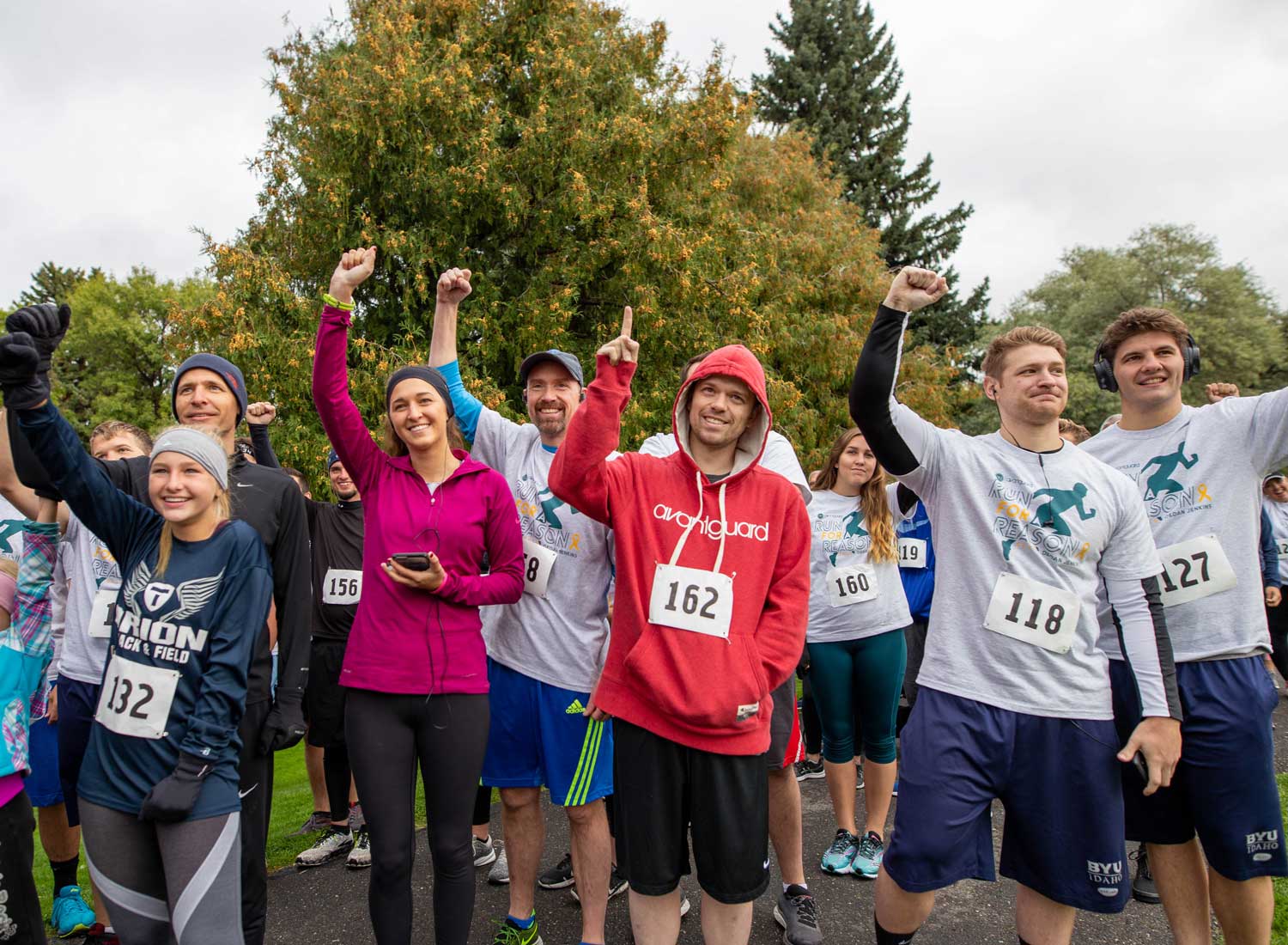 AvantGuard Run For A Reason 2019 Recap

For the past seven years, AvantGuard has put on a 5K in both Ogden, Utah and Rexburg, Idaho. Referred to as “Run For a Reason”, the purpose of the 5K is to benefit local families who have children suffering from serious illnesses.

The Ogden 5K was held on Sept. 14, 2019. Donations were raised this year for the Jumper family. Parents, Tyler and Kenna, noticed early on that their son, Charlie, was in pain and limping. They took him into the hospital and it was discovered he had abnormal spots on his hips. Believing it to be a bacterial infection, Charlie was sent home with an antibiotic. While this helped at first, three weeks later Charlie was unable to walk again due to his pain. A second visit to the hospital revealed Charlie had a tumor above his left kidney – a cancer known as Neuroblastoma. He is currently undergoing treatment at Primary Children’s Hospital, and has two bone marrow transplants and additional treatments coming up later this year to help fight the cancer. To see the full video about Charlie’s condition, click here.

The Rexburg 5K took place on Sept. 21, 2019, two weeks following the Ogden race. Blake and Moriah Jenkins have a 4-month-old son, Dedan, who came into this world with several health issues. He was born with narrow passages in his nose, making it hard for him to breathe. Doctors originally thought this was something he would grow out of, but at his two week check-up, Dedan’s symptoms were not improving. When Dedan was diagnosed with meningitis, the doctor treating him decided the Jenkins family should go to Primary Children’s Hospital for more extensive care. Dedan continues to suffer from seizures that require constant doctor visits. You can watch more about Dedan’s situation here.

AvantGuard went out to contact local businesses in Ogden and Rexburg to bring awareness to Charlie’s and Dedan’s conditions. The communities came together for each family, and both races combined raised $24,373. Thank you to Hogan, Mountain Alarm, Kombustion, OptConnect, The Perfect Touch Salon, Wasatch Peaks Credit Union, HVAC Construction, ConvergeOne, NetCuras, Summit Partners, Western States Fire Protection Co., and Gallagher for sponsoring the Ogden 5K. And thank you to The Medicine Shoppe Pharmacy, Graffiti Beauty and Barber, June’s Place, Schows, Clubhouse, and Madison Gymnastics Center for sponsoring the Rexburg 5K. AvantGuard also wants to extend another thank you to all individuals who participated or donated. All proceeds went to the families to assist with medical costs.