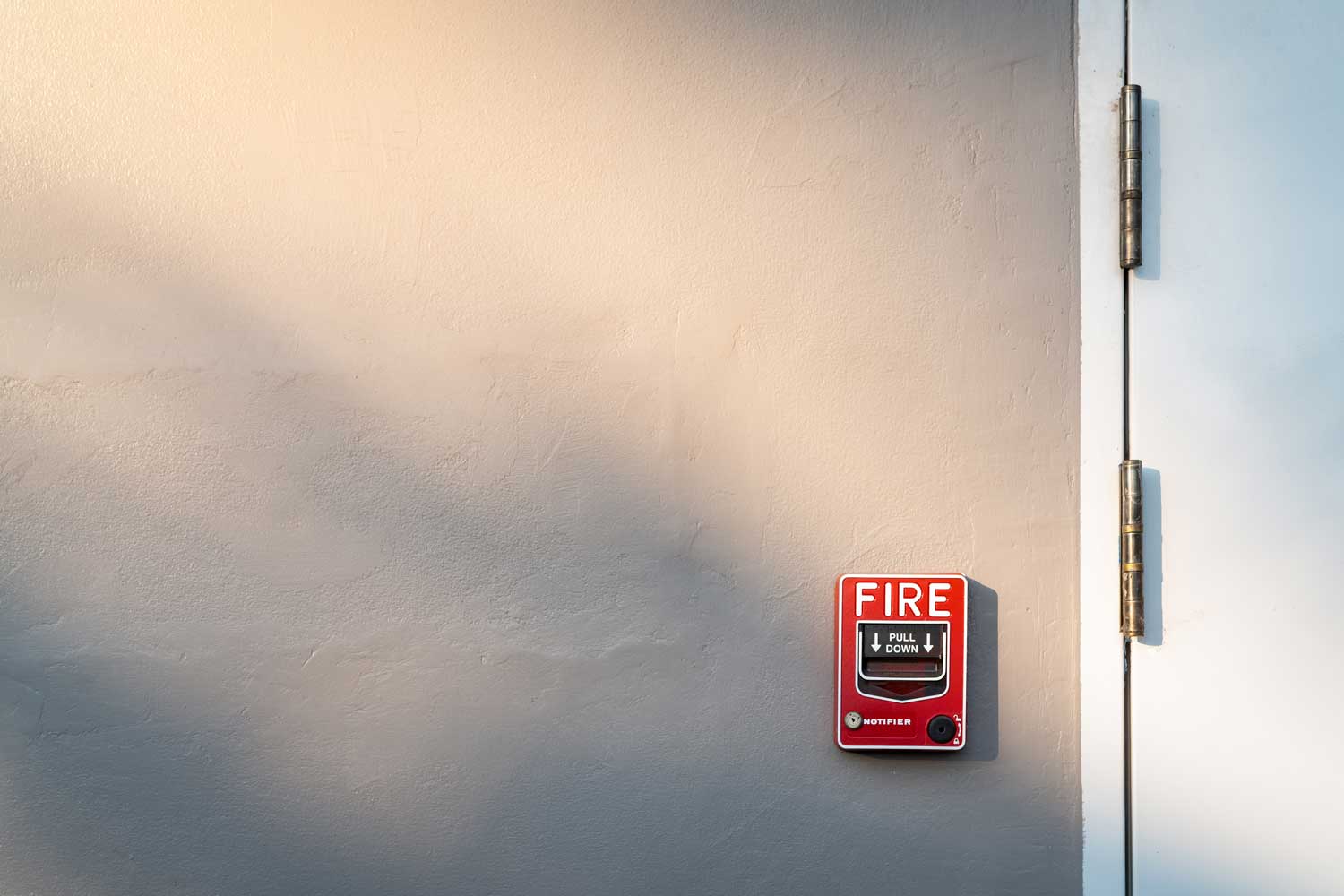 Consider a few of these statistics about the impact of residential and commercial fires in the United States:

According to the National Fire Protection Association

Fires cause an unbelievable amount of damage. Understanding the types of fire alarm monitoring systems, and how a central station monitors fire alarms can greatly decrease the chance of fire impacting you or your business.

There are three main types of fire alarm monitoring systems: ionization, photoelectric, and combination alarms. Below we will discuss each type of alarm and how they can help detect fires.

Ionization fire alarms are best for detecting flaming fires. Inside of the alarm is a tiny bit of radioactive material (don’t be alarmed – pun intended) that sits between two electronically charged plates. This causes a constant current of ionized air between the two plates. When smoke enters between the ionized current, it interrupts the current and sets the alarm off. These alarm systems are better for detecting fast, flaming fires.

These types of alarms are better for detecting smoldering fires. The smoke that is produced by a slow flaming, smoldering fire is much different than a raging flame fire. A photoelectric fire alarm uses a beam of light that is sent into a chamber away from a light sensor. When smoke enters the chamber, it reflects the light towards the sensor, and triggers the alarm to sound.

What Type of Fire Alarm Monitoring System is Recommended?

So, the best bet is to have a combination of both alarms where people sleep. That is the best way to prevent property damage and reduce the amount of physical harm from a fire.

Does a Fire Alarm Need To Be Monitored By a Central Station?

Fire alarms don’t, by law, have to be monitored by a central station, but a central station like AvantGuard can monitor your fire alarm system and provides 24-protection compared to a system that is not monitored.

Not all fires happen when someone is around. AvantGuard can alert you or someone on your contact list when a fire has occurred at your property or place of business. Having AvantGuard monitor your fire alarms can save your home or business from property damage and get EMS where they need to be quickly. Reach out to AvantGuard today to see how our monitoring services can benefit you.