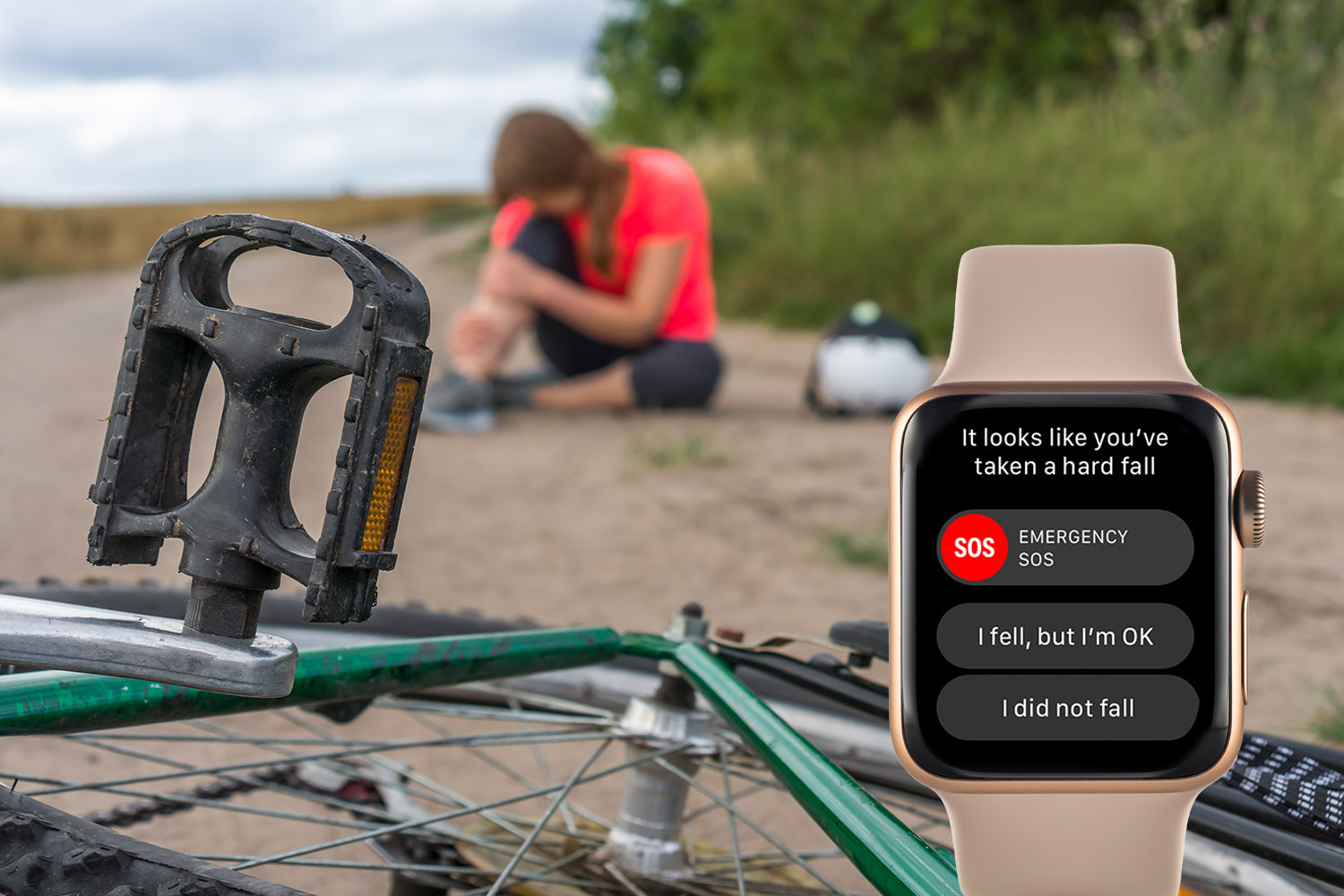 Last month, Apple revealed new products and features at their keynote event. While updates to the iPhone X models were big news, the new Apple Watch, Series 4 made an arguably bigger splash. The new Apple Watch boasts an array of heath monitoring features that stand to make a big difference in people’s lives, including fall detection, which can help connect users to emergency services after a hard fall.

The Apple Watch Series 4 is powered by a new dual-core, 64-bit S4 chip that significantly improves performance. This, paired with the brand new accelerometer and gyroscope make the fall-detection feature possible.

The accelerometer measures up to 32 g-forces (twice as much as its predecessor) while using less power in the process. The improvements in the gyroscope allow it to identify a wide range of motions and directions; so whether users fall forward or backward, the Series 4 can detect it.

For some people, the idea of emergency personnel showing up after they take a spill off of their bike or trip down the last couple stairs sounds more embarrassing than helpful. Luckily, there are systems in place to prevent emergency services from responding unnecessarily.

First off, the fall detection feature has to be activated manually. The exception being that the wearer is 65 or older and has input their age when they set up their Apple Watch or Health app. In which case, fall detection is turned on automatically.

If the feature is on, and the watch detects that the wearer experienced a hard fall, an alarm will sound. The watch will then display an alert with three options to select from:

If the Apple Watch recognizes movement from the wearer, then emergency services won’t automatically be alerted. If no movement is detected for one minute, then a 15-second countdown begins, and the alarm gets progressively louder (to alert anyone who may be nearby). At that point, emergency services are automatically contacted and a text message is sent to the emergency contacts listed in the person’s Medical ID, notifying them of a hard fall and giving them the wearer’s location.

Since the Apple Watch Series 4 was released, many people have attempted to purposely trigger fall detection with little success. So, from what we can tell, it doesn’t seem prone to false positive detections. Time will tell, but it appears that Apple has some good measures in place for false alarm prevention.

The idea that your Apple Watch could save your life is pretty incredible. And for the elderly community and other people who are prone to serious injury due to falls, this can be a big source of comfort. Not only is it nice to know that you can get help if a significant fall occurs, but, for loved ones and caretakers, the ability to receive an alert almost immediately after an incident occurs can provide invaluable peace of mind.

Learn more about the monitoring side of fall detection.

What This Means for PERS Dealers

Having technology like this, readily available to the general public, is just one example of how the PERS landscape is evolving. With sleek devices like the Apple Watch joining the scene, PERS manufactures will need to up their game in the aesthetics department if they are going to keep up. With all the upcoming PERS technologies out there, it is imperative that companies prepare and adapt if they want to stay relevant.

If you want to learn more about it, here's a full-length review of the technology in action: